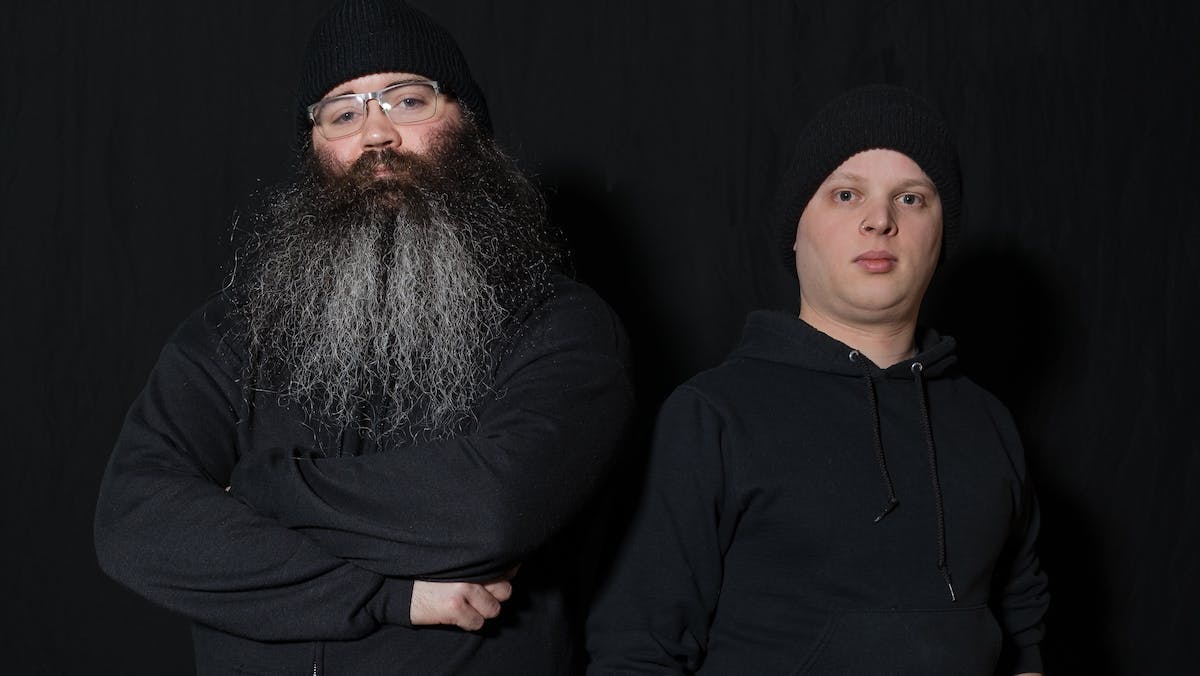 The groove is killer! Pound is a mathcore/grind/dbeat/sludge band from Seattle, WA. This will blow your socks off!

Usually, a band with a huge sound and fewer than four members is surprising in its ability to blow out eardrums, but with Seattle’s Pound, it makes an awesome sort of sense. The band’s groaning, kinetic music, which is a bizarre but deeply satisfying mix of grind, sludge, mathcore, d-beat, and groove metal, is complicated and can be hard to track. But it also has an earthy, primal simplicity that makes the fact that its created by only two dudes totally appropriate. As such, the duo — guitarist Ryan Schutte and drummer Dave Stickney — are a force to be reckoned with, creating throbbing, double-jointed music that also feels caveman-level heavy.