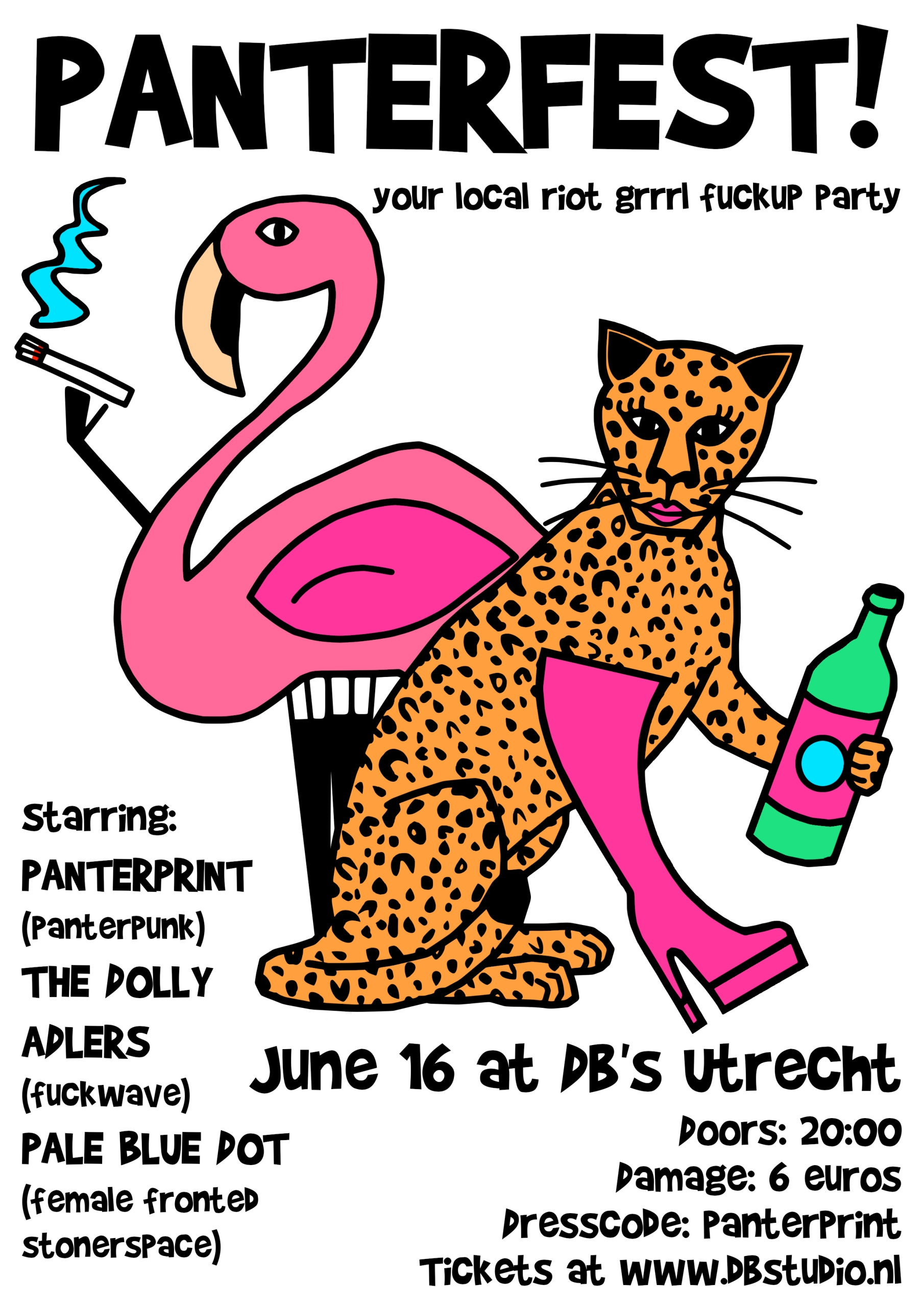 A special evening with three bands of different genres, but with one resemblance: fierce women will be ruling the stage tonight!

PANTERPRINT
Nobody could’ve imagined that just before the corona pandemic swept the world, another pandemic of panthers arose from Utrecht! Five women started a musical adventure, but were forced to present themselves on YouTube instead of live at gigs. While recording songs at home, making videoclips and singing about hangovers and sweaty people (in English, Dutch, German and French, because why not?), they silently wished for a stage and an audience.

It took two years for that wish to come true and now their energetic synthpunk is finally set free!

THE DOLLY ADLERS
The name for the band is a combination of the punkest bitch alive – Dolly Parton and a lovable disaster of a human being – Steven Adler. After a crackhead appeared to the window with a lasagna in his briefcase, the lyrics for the first song were born and boom! 3 chicks from Amsterdam flew to Estonia and recorded an album. The drummer and saxophone player soon completed the band and together they have been fucking shit up ever since. They call their music fuckwave, because what else can you call this?!

This year, they finally hired a real guitar player to tie things together. But the final question still is: is front singer Virginia
going to show up?

In 2021 stars aligned to form the deep space stoner band known as Pale Blue Dot. This band wil grace the stage for the first time to bring you on a super sonic journey of some of your favourite stoner rock covers as wel as some original songs.

A special evening with three bands of different genres, but with one resemblance: fierce women will be ruling the stage tonight! 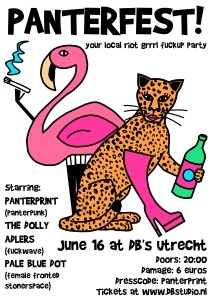